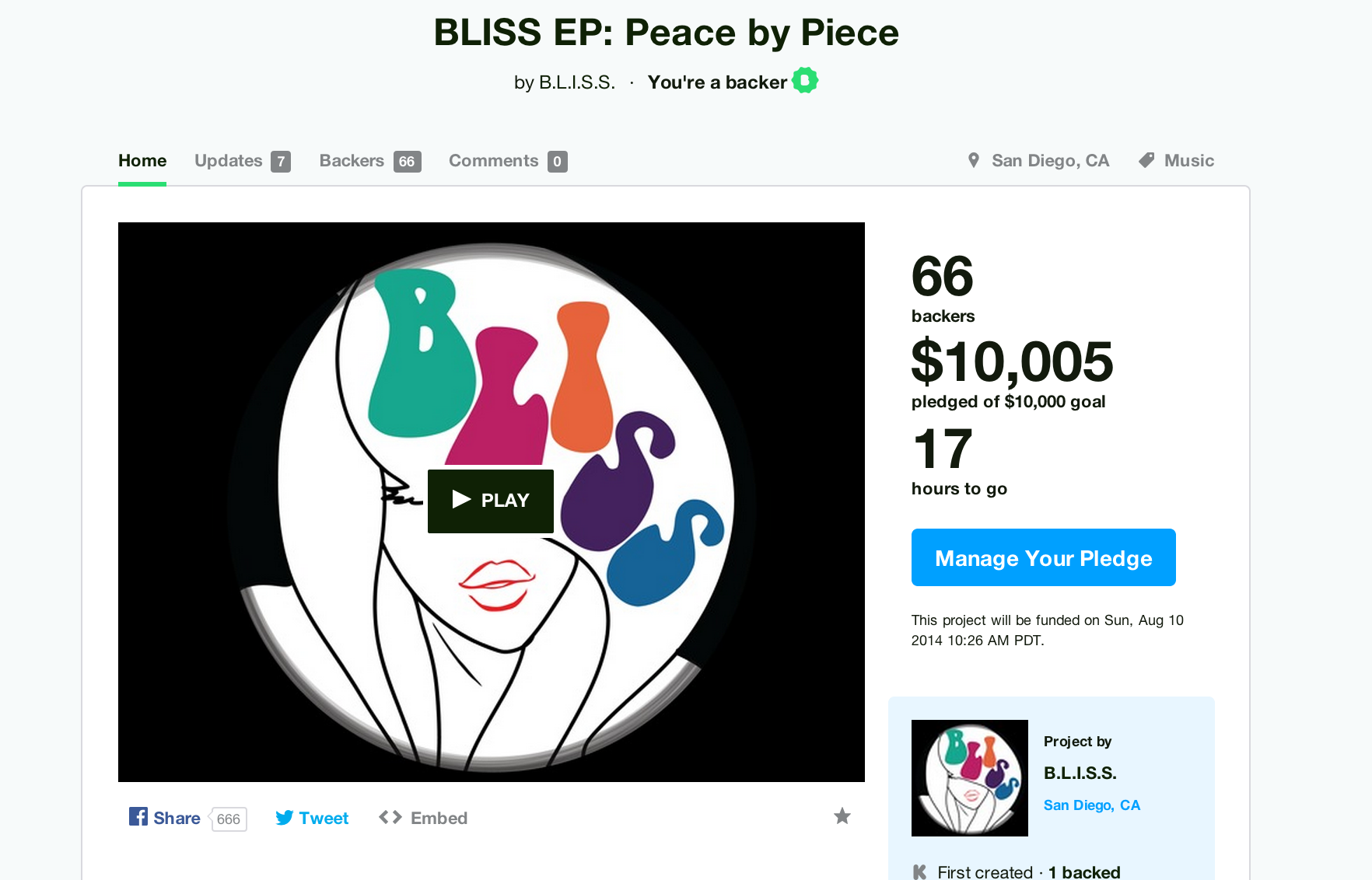 Hey Everyone, I have been so busy lately and things have been picking up so fast!  But people tell me it’s important to keep a blog, so here it goes.  I’m trying it:

Lately, I’ve been working in Studio West as an intern/assistant engineer, and now even as an engineer on occasion.  It’s a great facility with a great group of (mostly) guys that work there, and I’ve really been enjoying it.  We get some big acts in the studio (Arctic Monkeys was in this past Wednesday), but some of my favorite work has been with a group of inner city high schoolers that are part of an organization called Music 4 Peace, and a band called BLISS.  I’ve become so involved, in fact, that I think I might technically be a part of that organization?  Yes, I think so.

Anyway, these kids blow me away every time I work with them.  They’re kind, sweet people, and they write original music about peace and life.  I’ve been making logos and websites, recording, and mixing their music  for them.  I even met in LA with representatives from the UN, and Playing for Change on their behalf!  I’ve definitely been growing and learning alongside these kids, and it has been such a rewarding experience.

We just ran a Kickstarter campaign that was successfully funded today (over $10,000 – thank you backers for your love and support!), so we should be able to keep the program going for quite some time.  Working on these projects with these kids is so important; it really fills the gaps where our school systems are dropping music education.  The whole program was started by a science and an English teacher when the San Diego school system cut music from their school.  They’re just amazing people!  Maybe I’m biased because of my work, but I think music education is so important.  It helps brain development in ways nothing else does, among other things (I mean, just read this article).  And I think if no one else will, then I’d like to help keep music education afloat.  In some ways, I think what we are doing is better than the music education I received in public school.  The kids aren’t just learning to play a few notes on a recorder, or sing an existing song – they’re actually being creative and learning to collaborate with their peers on original music, and they’re learning to take charge of their creative projects and passions!  So, if anyone reading this wants to join us in supplementing music education, please let me know!

So that’s it, I guess I’m starting to find root here in San Diego, and I’ve definitely gained some direction and found a rewarding path.  I’m really enjoying it and looking forward to the future!  Maybe I’ll write a more industry blog next time….

The Kickstarter Right After It Went Over The Goal